Ken Burns’ latest PBS documentary, The Vietnam War, has gotten me thinking about that conflict. As a child growing up in the 1970s and 1980s, I saw the effect of the war on many of my friends’ families. One friend’s father was chief of staff for Gen. Creighton Abrams. Another had an older brother who suffered from severe PTSD. A third friend lost his father from what was likely Agent Orange exposure. In Kentucky, the costs were high. 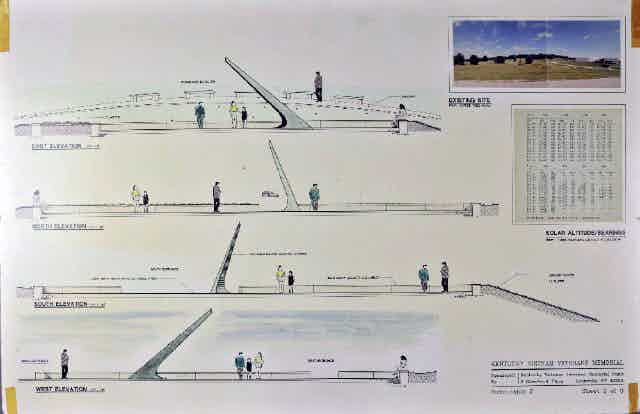 Approximately 125,000 Kentuckians served in the military during the Vietnam War. More than 1,000 of these soldiers died. Thousands more were wounded. The Kentucky Historical Society (KHS) has long recognized the importance of this conflict. In fact, we have collected many objects and stories about the war so that current and future generations can better understand its importance and legacy. Oral histories about the Vietnam War exist in repositories across the state, including KHS. Many of them are on “Pass the Word,” a statewide oral history database.

Veterans discuss their war experiences, how people treated them upon their return home, and more. KHS has also collected a wide array of artifacts pertaining to the conflict. Running a search for “Vietnam” in our artifacts catalog reveals more than 25 pages of objects. These include canteens, uniforms, bayonets, firearms and protest buttons. Our collection also includes stuffed animals, coins, flowers and other items that family, friends and other people left as remembrances at the Kentucky Vietnam Veterans Memorial in Frankfort.

Items related to this memorial make up an important part of our collection, including an architectural drawing of the memorial, which was dedicated on Nov. 11, 1988. Designed by architect Helm Roberts, it is a unique and moving tribute to the individual Kentucky soldiers who died in Vietnam. According to the catalog description of the architectural plan, “The design concept of the memorial is in the form of a large sundial. The stainless steel gnomon casts its shadow upon a granite plaza.

There are 1,103 names of Kentuckians on the memorial, including 23 missing in action. Each name is engraved into the plaza, and placed so that the tip of the shadow touches his name on the anniversary of his death, thus giving each fallen veteran his personal Memorial Day.” Our manuscript collection also includes the papers of the Kentucky Vietnam Veterans Memorial Fund Collection, which includes meeting minutes, plans, and other documents pertaining to the memorial’s funding and construction.

By collecting these materials, KHS can help Americans understand the experiences of Kentucky soldiers. Moreover, by housing information about the memorial, we can show future generations how 20th century Kentuckians remembered the war and its enduring legacy.