Foundation activities range from the Fund for KHS and honorary and memorial gift programs to the Kentucky History Half Marathon.

Learn how to support KHS with your gift. 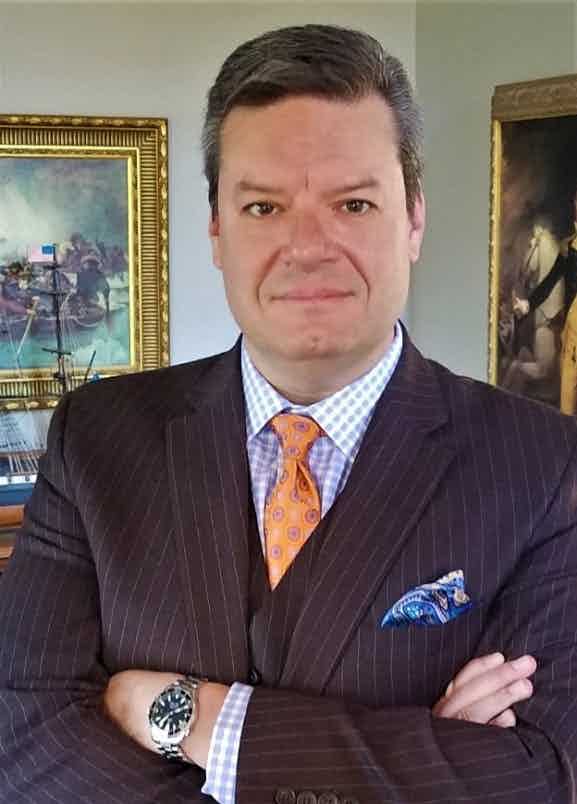 Douglas High was appointed Director of the Kentucky Historical Society Foundation in March, 2019.

Originally from Mansfield, Ohio, he and his family have resided in Kentucky since 2000.

Doug is a 1992 graduate of Otterbein University in Westerville, Ohio where he earned his BA in History. He interned at the Ohio Historical Society his senior year.

Before he joined the KHS Foundation, Doug was the morning and midday News Anchor at WTVQ-TV (ABC) Ch. 36 in Lexington for 10 years and he continues to host the stations weekly feature report Kentucky History Treasures, sponsored by the Kentucky Historical Society.

He is also an Emmy award winning documentary film Producer / Director, with numerous programs in rotation on Kentucky’s PBS affiliate KET through his High Impact Productions LLC label. Of recent note, his 2017 documentary film Belle Brezing and the Gilded Age of the Bluegrass. Most of Doug’s films and TV programs have been about Kentucky history, tourism and travel.

After the attacks of 9/11/01 and with no prior military service, Doug requested and was granted a direct commission in the U.S. Navy Reserve and remains in service as a Public Affairs Officer. Commander High is a decorated veteran of the NATO led Resolute Support mission in Afghanistan, having deployed there for most of 2017 where he served as Press Desk Chief and Media Director.

Doug has served on numerous Boards through the years, including 4 years with the Ohio Valley Chapter of the National Academy of Television Arts and Sciences (NATAS), YMCA of Central Kentucky and currently with William and Elizabeth Shatner’s equine therapy program for military veterans and their families, The All Glory Project.

Doug and his wife Lyssa reside in Lexington with their sons, Jackson and Harrison.

The KHS Foundation Board of Directors may have up to 30 directors, including selected directors emeriti.  Each director serves a three-year term for a maximum of three full terms. Current directors represent Kentucky’s philanthropic, equine, corporate, and professional communities.