“Music, of course, is like your everyday living I suppose. You have depressed times with it, when if it doesn’t come out the way you think it should you have a tendency to want to lay it down. But then another day will come along and you will pick it up and everything you do sounds good, and you get a boost. So, you know, you want to continue on.”

Eastern Kentucky fiddler Virgil Alfrey made that comment to interviewer Marynell Young 30 years ago. In an oral history interview, Virgil and his wife, Clela, talked to Young about the music in their lives – where they learned it, when, its importance to them, the challenges and triumphs in learning to play the fiddle and guitar, performing on the radio. They even played and sang for her. That interview, available online through the Vintage Fiddling in Eastern Kentucky Oral History Project, adds a dimension to the story of mountain music that the written word alone cannot: Sound.

The Vintage Fiddling in Eastern Kentucky Oral History Project received $943 in 1985 from the Kentucky Oral History Commission. The funding helped cover Young’s travel, subsistence and salary costs as she conducted interviews during the spring and summer that year. At the time, Young worked for the Appalachian Development Center at Morehead State University which is why Morehead's Camden-Carroll Library also holds copies of those interviews. In her application, Young stated the project’s goal was to “preserve the record of traditional fiddlers who learned to play before the proliferation of electronic devices. These oral statements will document how these changes have affected traditional musicians in Appalachian Kentucky.”

They certainly do that. Taken with eight other people recorded in the series, the Alfrey interview provides a wealth of information to scholars of mountain music and musicians. They talk not only about themselves, but about the musicians they worked with and the places they performed.

Virgil supported his family as a large crane operator at what is now AK Steel. But music was his life, his grandson, David Wiley, recently told us. Wiley found his grandparents’ interview online last year.

“It tells his story really good,” Wiley said of the interviews, noting that he thinks hearing them tell their story and play their music is beneficial not only to researchers but to “people just like him” – good musicians trying to catch their big break. Those people are not just in Music City, Wiley said: They are everywhere.

The Kentucky Oral History Commission is commemorating its 40th anniversary this year. The only commission of its kind in the United States dedicated to providing financial and technical assistance to oral history repositories and oral historians, KOHC has positioned Kentucky historical organizations, libraries and archives to lead the way in collecting and preserving oral histories, like Virgil and Clela’s. The Kentucky Historical Society administers and houses KOHC. 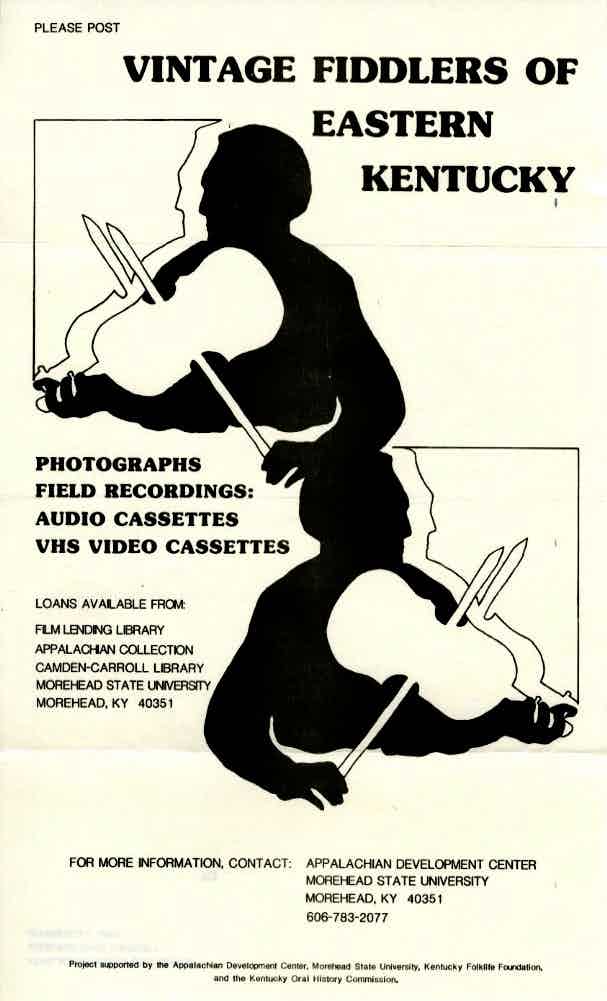