The first post by Casey Castro-Bracho in the From the Archive blog series. Check back on the second and fourth Wednesday of every month for more from this series!   As we often do at the Kentucky Historical Society when contemplating our current moment in history, we look into our archives to see how previous moments in history were experienced and recorded. Perhaps this year, even more so than in many years past, we are acutely aware of the importance of these moments and how they can continue to impact our society for generations to come. One interesting collection we have at KHS which highlights the lifestyle of many Kentuckians during another time of social and economic struggle is the Civilian Conservation Corps Newsletters (MSS 218).

The Civilian Conservation Corps was one of the “Alphabet Agencies” created under the Franklin D. Roosevelt administration after the onset of the Great Depression in order to help alleviate some of the financial and labor struggles for many young men who were out of work across the United States.  In a somewhat similar manner to the Works Progress Administration (WPA), the Civilian Conservation Corps, (CCC) focused on getting people back to work through organized programs that would provide paid work on infrastructure projects that ideally would benefit the community as a whole. The primary focus of the CCC camps was to give mostly young, unmarried men (although there were several veteran’s camps that had slightly older and sometimes married men in their ranks) a way to provide for their families. Ideally, these efforts would also have a positive impact on the agricultural and environmental situation of many small communities.

The economic hardship caused by the Great Depression resulted in a significant number of American families on relief rolls.  The CCC aimed to help move some of these families off these rolls by providing some young sons the opportunity to work for the CCC while sending a mandated 25 of their 30 dollars pay back home to their families. This additional pay would help supplement the family’s income, while also giving the families one less mouth to feed. The projects that CCC enrollees could expect to work on ranged widely, with some camps in Kentucky devoted to issues of soil erosion that impacted local farms. In addition to working on private lands, much of the CCC’s work aimed to improve parks and other lands created for public use. Several camps helped to create trails and infrastructure for Kentucky parks, while others still responded to local floods and fought fires. A few of the larger projects that several CCC camps in Kentucky worked on included the Cumberland Falls State Resort Park, John James Audubon State Park, Pennyrile Forrest State Resort Park, Pine Mountain State Resort Park, and the Mammoth Cave National Park. The CCC newsletters at KHS detail many of these camp projects while providing us with a glimpse into camp life. They were typically written by a staff of enrollees that were supervised by the commanding staff and possibly educational advisors. Some of the newsletters, like the Camp Shelby News, were at least partially written by CCC enrollees in a journalism class offered in the camps. The newspaper staff would write articles detailing projects, changing staff, and advice for life in the camps including behavior within the camps and the local community.

As is the case with the CCC collection, newsletters often serve a variety of functions. They served practical functions such as letting enrollees know that old staff members were leaving and giving them an idea of what their new supervisors would be like. They also provided information on what vocational classes were available and emphasize the progress of projects they were working on. The newsletters might also inform them of events happening in the community, including entertainment opportunities. Some of these events included movie nights, local dances, sports results and games both within the camp and arranged with outside local groups. The newsletters also frequently mention camp gossip and provide cartoons, many of which one must have been “in on the joke” in order to decipher their meaning. Individual reporters might comment on camp gossip and create caricatures of enrollees in the form of cartoons. This attempt to show a light-hearted aspect of the camps in the newspapers emphasized to potential readers that the camps were a place to both gain skills and live in a male camaraderie type atmosphere. It is important to remember that perhaps as important as giving enrollees a sense of community and informing them about the changes within the camps, the newsletters also offer a window into how the camps wanted to present themselves. This representation was not only meant for other enrollees, but also for the community and friends and family outside of the camps. In many ways, these newspapers functioned as a general advertisement for the CCC.  Many of the newsletters were crafted to be sent to other camps and others still on relief rolls back home who might be interested in what life would be like in the CCC as potential recruits.

The Vet Vox, a newsletter out of Dixon, Kentucky mentions that newspapers were exchanged between camps in order to share ideas.  In addition to the CCC camp newsletter exchange, the Camp Marion Pastime also included areas on the back of the newsletters where stamps could be placed and then sent back home to friends and loved ones. One edition of the Camp Marion Pastime even stated “Send her a Valentine copy of the Pastime” as its cover for a Valentine’s Day issue in February 1935.  Happy Evening, the publication for the CCC camp in Nigh, Kentucky states in their platform for the newsletter that in addition to reporting on the good news at the camp, the newsletter would also “always keep our parents and friends informed of the news of the camp.”   Certainly, we too as a modern-day audience can get a glimpse of what camp life would have been like by perusing this collection. It is always important to remember, however, that we are viewing these newsletters through the prism of how the CCC camps writers wanted the camps to be portrayed. The Cromwell Cardinal mentions several films produced by federal agencies that were shown of fellow CCC workers on the job. Ideally, these films would present a positive image of the work of the CCC camps to the nation as part of a larger propaganda push meant to inspire feelings of a common cause in federal programs. The CCC enrollees of Henderson, Kentucky mention in the Cromwell Cardinal that they believed the CCC boys in the film would not have worked as fast if they were not being filmed. This highlights a common struggle in many of the newsletters to report the actives of the camps, while still making sure to present a positive image to the nation. The collection of CCC papers that have been digitized can be found at https://kyhistory.com/   Sources: ‌ Alexander, Benjamin F. 2018. The New Deal’s Forest Army : How the Civilian Conservation Corps Worked. Baltimore: Johns Hopkins University Press. Blakey, George T. 1989. Hard Times and New Deal in Kentucky : 1929-1939. University Press Of Kentucky. ‌ Huddleston, Connie M. 2009. Kentucky’s Civilian Conservation Corps. Charleston, SC: History Press. Camp Marion Pastime. Volume 2, Number 4. February 15, 1935. Camp PE-59, Marion, Kentucky. https://www.kyhistory.com/digital/collection/RB/id/7864/rec/14 Camp Marion Pastime. Volume 2, Number 11. June 15, 1935. Camp PE-59, Marion, Kentucky. https://kyhistory.com/digital/collection/RB/id/7859/rec/14 Cromwell Cardinal. Number 12. March 28, 1936. Company 1540, Camp SP-9, Henderson, Kentucky. https://www.kyhistory.com/digital/collection/RB/id/7967/rec/4 Happy Evening. Volume 1, Number 2. March 5, 1936. Camp P-81, Nigh, Kentucky. https://kyhistory.com/digital/collection/RB/id/7839/rec/3 The Vet Vox. Volume 1 Number 1. September 1937. Company 1550, Dixon, Kentucky. https://www.kyhistory.com/digital/collection/RB/id/7797/rec/1 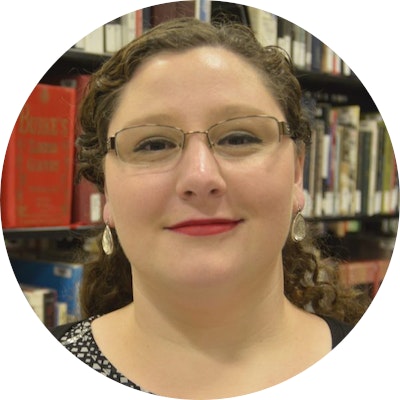 Casey’s love for history and research began at an early age researching deeds and wills with her family in several Kentucky courthouse archives. Her passion for the records of the past has not diminished with her work in the Martin F. Schmidt research library, where she is able to assist people on their own quests for information. Casey never gets tired of the wonder and excitement of pulling records from archival storage. The ability to share these documents and their significance with others, as well as the opportunity to think creatively about how to solve research problems, are very rewarding aspects of her job. Casey holds a bachelor’s degree in history and American studies from Lindsey Wilson College and a master’s degree in American history from Western Kentucky University. Casey has been a staff member since 2017