The farm portion of the Lexington Narcotic Farm. 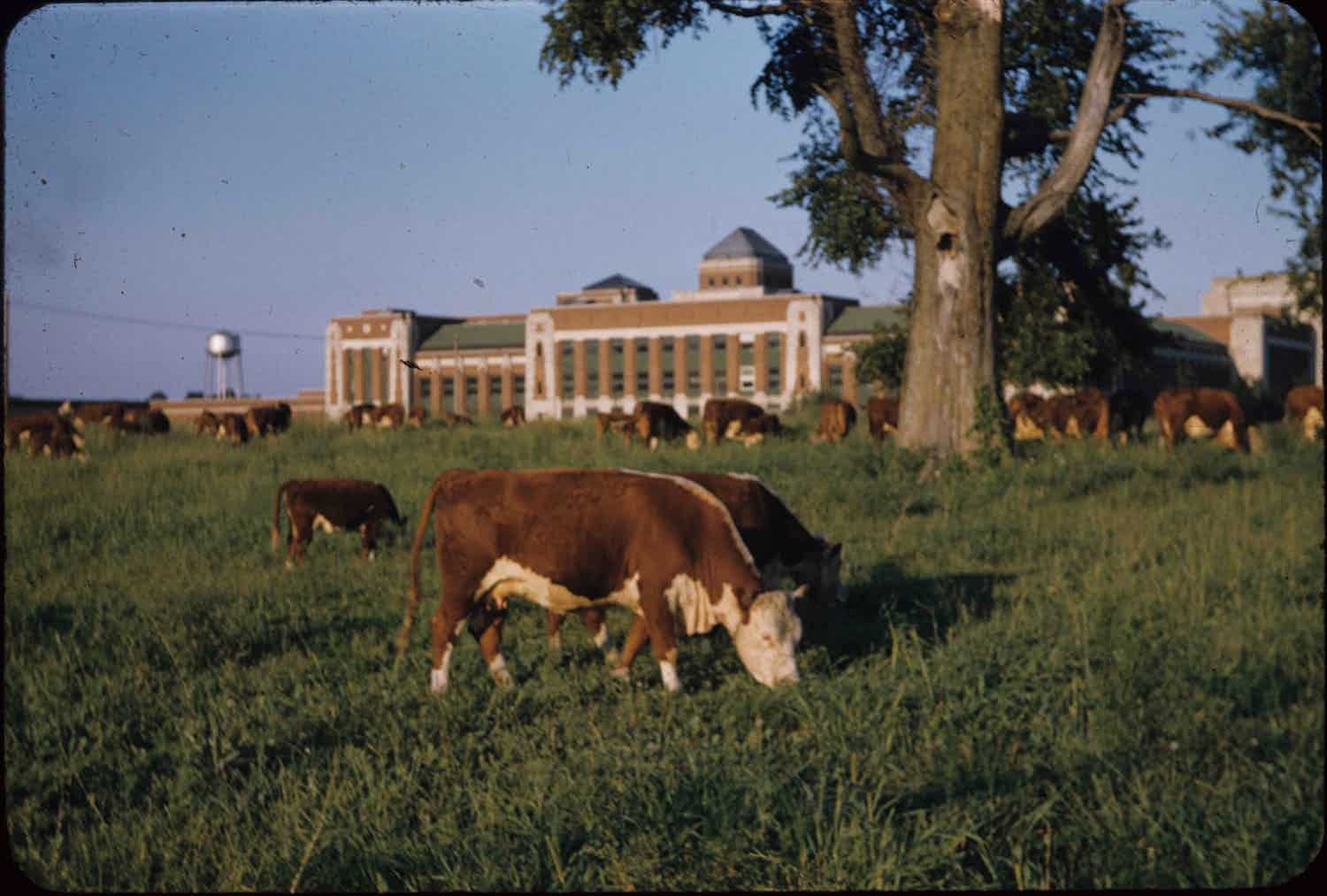 As we close out American Archive Month, we are highlighting another manuscript collection: the Lexington Narcotic Farm (MSS 222).

In 1935 a progressive idea about helping drug addicts and studying addiction became reality as the United States Narcotic Farm facility opened on the outskirts of Lexington, Kentucky.[1]

The facility had a mission to treat drug addicts, using new and often experimental treatments. Initially the facility was only open to men who had been arrested for drug-related offenses. It was a combination prison and hospital with a research facility (Addiction Research Center at Lexington). Patients lived there and worked on site in maintenance, food service, laundry and sanitation, and at a farm located on the facility’s ground.[2] They also interacted with each other, played music, had dances, took painting classes and had other social and learning activities. Kolb Hall was completed to house women patients on 1941.

The Addiction Research Center conducted studies on such areas as the personality of drug abusers and how drugs affect behavior, the body, sleep, the brain, physiologic and neurophysiologic responses.  The facility also included several separate rehabilitation houses, including the Matrix House, which used rehabilitated drug addicts to help struggling addicts. In 1974, after several controversial research experiments and other scandals, the facility was closed and transferred to the Bureau of Prisons; currently it exists as The Federal Medical Center, Lexington.

Sidney Louis, a nurse at the Narcotic Farm from 1964 to 1974, donated material from his time there to the Kentucky Historical Society. The collection includes Louis’ personnel file, teaching material, thousands of photographs, and annual reports dating from 1951 to 1967. The collection includes more than 1,000 images of patients and staff from the 1930s to the 1960s and includes images of the farm, recreation activities and staff parties. The collection also includes education and outreach material that was used to educate local/regional nurses, doctors, social workers and other personnel on how to treat addicts.

These materials reflect the evolving methods used to treat addiction, and also show the proliferation of rehabilitation programs. Narcotics Farm staff, such as Louis, travelled across the Southeast encouraging other communities to adopt programs focused on rehabilitation for drug addicts.

There seems to be few records related to the Narcotics Farm available for research. The Lexington Narcotic Farm collection allows researchers to chart the evolution of the institution that was at the center of drug addiction treatment in America. It fills a gap in source material on the institution.

[1] The name of the facility was later changed to U.S. Public Health Service Hospital. In 1967 the name was again changed to National Institute of Mental Health, Clinical Research Center. In 1974 the facility became a federal prison and is today named The Federal Medical Center, Lexington.