Kentucky Oral History Commission (KOHC) Advisory Board member Michael Ann Williams recently was honored with the Kentucky Historical Society’s Award of Distinction for her service to KOHC and to Kentucky.

Dr. Williams, a professor of Folklore at Western Kentucky University and, since 2004, head of the Department of Folk Studies and Anthropology, has served on the KOHC Advisory Board for nearly 20 years. Her expertise has benefitted both the commission and Kentucky. She has helped KOHC select great projects to support with grant funding and helped guide people and organizations in developing their oral history projects. As a champion of exemplary and original oral history work, she has set a high standard for KOHC and for oral history in the state. She offers “wisdom and nuance” to all KOHC discussions, according to her nomination materials. 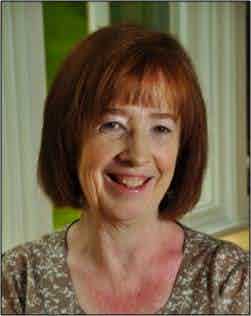 As a teacher and mentor, Dr. Williams has ensured that well-trained folklorists and oral historians have become leaders in the fields of public history and folklore. As a researcher, she has focused on social and symbolic use of space in vernacular architecture, government policy and its impact on Appalachian communities, and cultural representation and the staging of tradition. Her work in vernacular architecture has been innovative through the incorporation of oral history as it informs upon the social uses and meanings of spaces and places.

Beyond her KOHC work, Dr. Williams has volunteered with a variety of institutions and organizations to support the exploration and preservation of Kentucky’s history.

For this month’s KOHC blog, we asked Dr. Williams a little about her experiences with the KOHC and oral history in Kentucky.

What do you like most about being on the Advisory Board?

It’s really fun to get a sense of the breadth of oral history research in Kentucky. Every grant cycle there are always new topics that touch of some aspect of our history I had never really contemplated before. And, of course, it’s always fun to get to know the other board and commission members from around the state and to see former students of mine who serve or have served in these capacities (such as Lynn David, Theresa Osborne and Chad Berry).

Are there any projects or grants that KOHC funded that you are particularly proud of?

Of course, there are important major efforts, such as the Civil Rights project. Personally I am always fond of the projects that come from former Community Scholars.  Just to see the growth of confidence to write a grant and to see the program bear real fruit. And (since I am biased) I am of course very proud of projects completed by former WKU students. Too see, for instance, Amber Ridington take a project she started in my vernacular architecture class on a Quonset hut and keep running with it until she produced a film that was broadcast on KET.

Tell us a little about your own work in folklore and oral history.

I have always thought of myself primarily as a material culture scholar, but my very first professional work as a folklorist, working for the Historic American Buildings Survey on the Tennessee-Tombigbee Waterway Project, made me aware that my listening skills as a folklorist were critical in understanding the built environment. As I went on to do architectural survey in North Carolina and write my dissertation, oral history became central to my methodology. In my one major non-material culture piece of research, the work on John Lair and Sarah Gertrude Knott, I was blessed with two major archival collections at WKU and Berea, but oral history helped me see Knott and Lair as three-dimensional human beings. They were complicated (and sometimes not very likeable) people and I was proud when one of Lair’s daughters wrote to me and said that she thought that I had caught him pretty well.

What impact have you seen KOHC have in the Commonwealth?

Beyond the obvious of specially funding oral history, I think KOHC has conferred a degree of respect and importance to oral history.  Kentucky has been, and continues to be, a leader nationally and internationally in furthering oral history research and I think that the KOHC has played an important role in this.

(Editor’s Note: The Kentucky Oral History Commission commemorates its 40thyear in 2016. The only commission of its kind in the United States dedicated to providing financial and technical assistance to oral history repositories and oral historians, KOHC has positioned Kentucky historical organizations, libraries and archives to lead the way in collecting and preserving oral histories, like these. The Kentucky Historical Society administers and houses KOHC.)