KHS Looks into Its Archives for American Archives Month 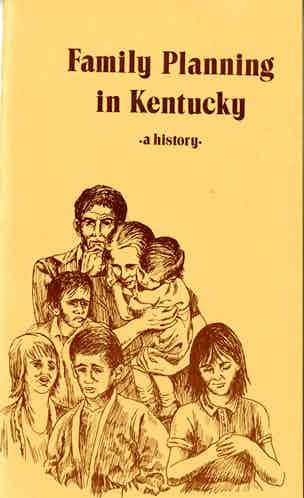 One of the items in the Kentucky Family Planning Collection is this booklet, circa 1973 or later.

October is American Archives month and as such we felt it was a great time to highlight a couple of archival collections the Kentucky Historical Society holds. The first of those is The Family Planning in Kentucky collection.

A hundred years ago in 1916, Margaret Sanger opened America’s first birth control clinic in New York City to help educate and empower women. Several years later, in 1922, Sanger would propel the birth control movement a step further by establishing the American Birth Control League (which would eventually become Planned Parenthood). The organization focused on helping women assert their reproductive rights through education and to fight against the anti-contraceptive laws that were in place, with particular focus on the Comstock laws.