Each and every day, the Kentucky Historical Society celebrates historic contributions of Kentuckians from across the Commonwealth.  The resources we offer provide perspective and context to both historical and current events through a wide range of topics, and they represent the work of both KHS and our partner organizations.

To celebrate Black History Month, KHS features History Makers – Past & Present. It is our mission to educate and engage through Kentucky history in order to meet the challenges of the future, and we hope these Kentuckians continue to inspire others to seek a more inclusive and equitable path forward.

The Kentucky Historical Society is dedicated to providing historic perspective and context to current events, especially as we look to end racial injustice and systemic racism. The resources offered below cover a wide range of topics and represent the work of programs across our agency and partnering organizations.

I Was Here Project

History Makers Past and Present 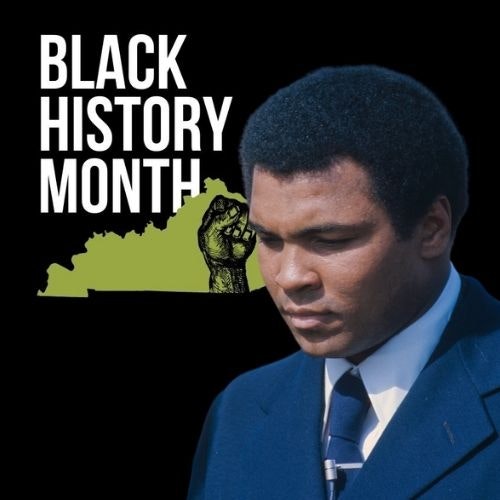 A civil rights activist and one of the greatest athletes of all time, Muhammad Ali's legacy is undeniable. Ali’s rise to prominence as a boxer coincided with the Civil Rights Movement and the two became forever associated. In 1960, at age eighteen, Ali won a gold medal at the Rome Summer Olympics. Later that year he turned professional and his activism was taken to a global scale. 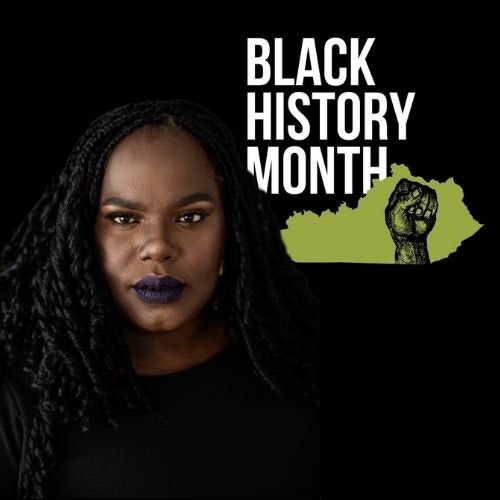 Hannah L. Drake is a poet, activist, public speaker, and author of 11 books. In 2016, she went viral after posting her poem "Formation" to Facebook, which artfully tackled racism and civil rights issues we deal with today. Since then, Drake's work has been featured in several projects from Nike ads to podcasts. In 2018, the Youth Violence Prevention commercial featuring Formation won the “Culturally Legit” award from the American Advertising Federation. Drake garners attention from national voices like Michelle Obama and Colin Kaepernick, as her voice continues to call attention to racial injustice in Kentucky and beyond. 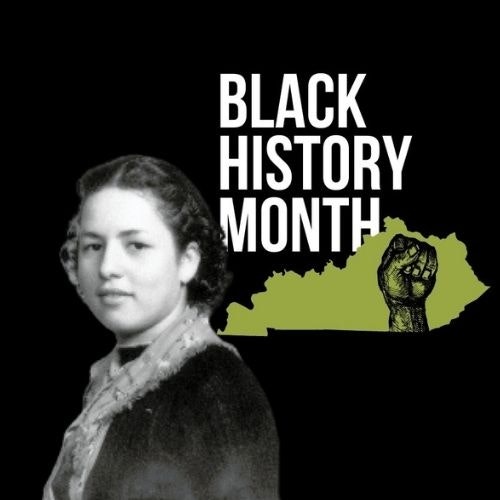 Anna Mac Mitchel was born on June 20, 1919, in Lawrenceburg, Kentucky.  By the start of World War II at age 23, she joined the war effort through the Women’s Army Auxiliary Corps (WAAC). After basic training, she enrolled in the recently-desegregated WAAC Officer Candidate School (OCS) at Fort Des Moines.  Anna was one of 3 African-American women enlisted in the course, and the only one to complete it.  She soon received orders to become the Fourth Company, Third Regiment’s Platoon Leader, a title which distinguished her as the first African-American WAAC to command an all-white unit.  In 1943, WAAC became the Women’s Army Corps (WAC) as a part of the regular Army, and WAC appointed Clarke as a first lieutenant commanding units across the country, including Indiana and California. 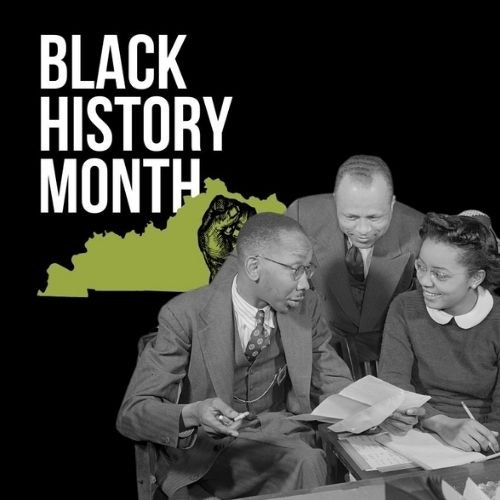 Kentuckian Ted Poston was an American journalist and author born in Hopkinsville, KY on July 4, 1906.  Known as the "Dean of Black Journalists,” he was one of the first black men to work for a white-owned metropolitan newspaper.  His writing landed national recognition and led to a 33-year career at the New York Post and two prestigious writing awards. 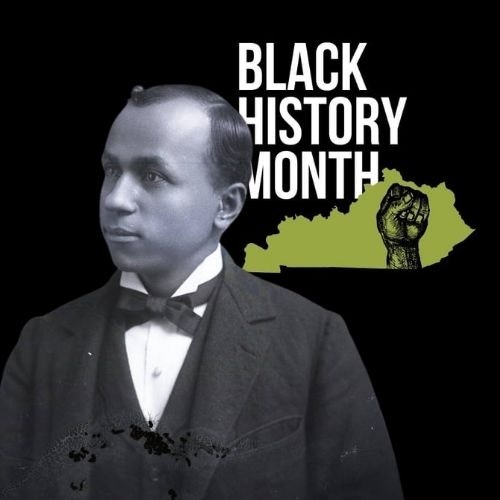 Edward Ellsworth, born in 1864, originally came to Kentucky as the Assistant City Physician in Frankfort, KY, but through his work organizing the first NAACP chapter in Frankfort, he rose to become its President. and becoming the president of it. Ellsworth was also the first African American to sit on the Board of Trustees at Kentucky State University and served as president of the State League of Republican Clubs in Kentucky. 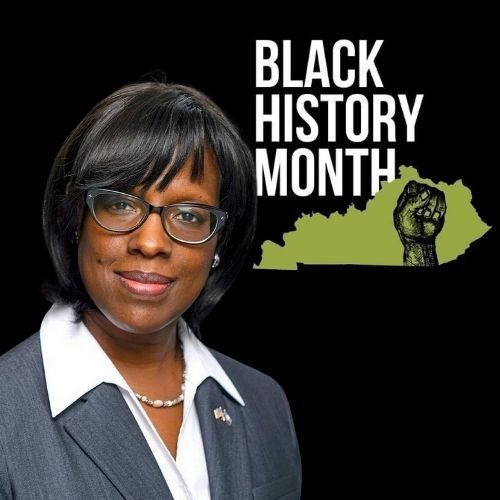 Jean Hampton served as the 57th lieutenant governor of Kentucky from 2015 to 2019. Hampton made history as Kentucky's first African American to hold a statewide office position. On a national scale, Hampton is only the third black woman to have served in a lieutenant governor position of a U.S. state. 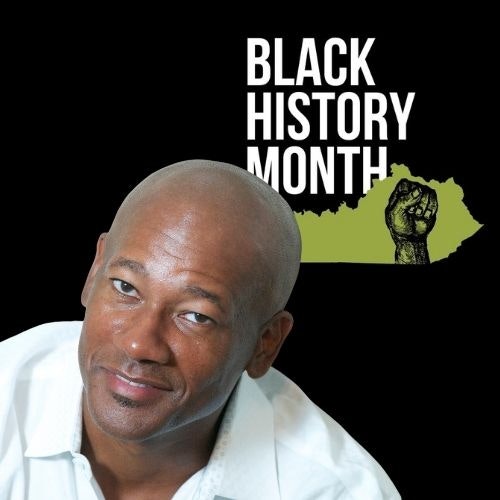 Frank X Walker is the former Kentucky Poet Laureate and a professor of English and African American & Africana Studies Program at the University of Kentucky. He is also the founding editor of Pluck! The Journal of Affrilachian Arts & Culture.  A Cave Canem Fellow and co-founder of the Affrilachian Poets, he is the author of eight collections of poetry including, Turn Me Loose: The Unghosting of Medgar Evers, winner of the 2014 NAACP Image Award for Outstanding Poetry; and Buffalo Dance: The Journey of York, winner of the Lillian Smith Book Award.  His latest collections include The Affrilachian Sonnets and About Flight. 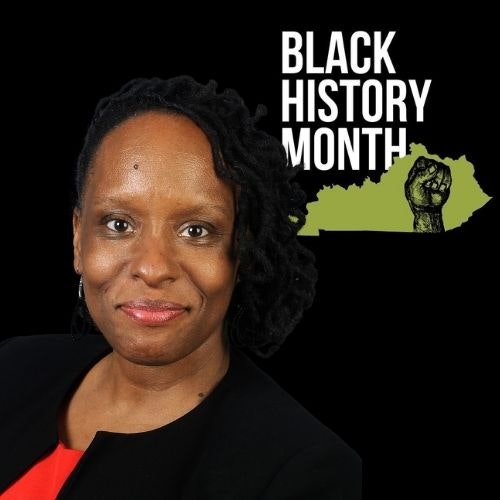 After her win in the 2016 primary race, Attica Scott became the first African American woman elected to Kentucky’s House of Representatives in 20 years.  Scott represents District 41 as a Democrat, which includes the city of Louisville. Her landmark win set the tone for her career in public service, and in her work as a community organizer and activist, Scott works to further causes within education, housing, arts, social services, justice initiatives, and fairness coalitions across Kentucky. 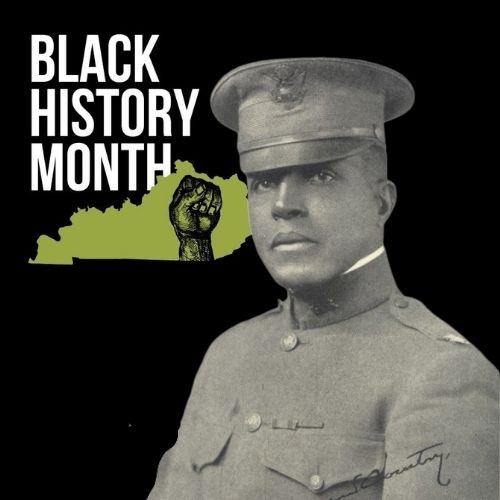 Charles Young was born into slavery near Mays Lick, Mason County. After a career as a schoolteacher, he entered the U.S. Military Academy at West Point, becoming the third black graduate in their history. During his military career, he became the 1st African American National Park Superintendent, served as Professor of military science, and military attaché to both Liberia and Haiti. In 1917, during WWI, Young was medically retired and promoted to Colonel in recognition of his distinguished service. Rejecting this status that removed him from active duty, Young rode on horseback from Xenia Ohio to Washington D.C. to prove his physical ability to serve. As a result, he was moved back to active duty charged with training black servicemen in Illinois. His promotion to Colonel made him the first African American to achieve this rank. 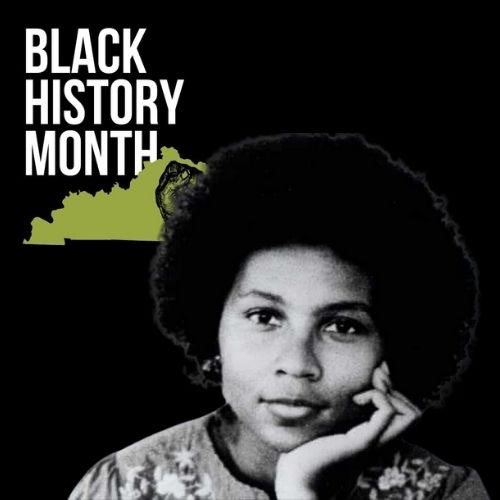 Born in Hopkinsville as Gloria Jean Watkins, the person known by the pseudonym "bell hooks" was a progressive thinker.  As an author, teacher, activist, and poet, hooks was a prominent African American in academia, with much of her work devoted to her Kentucky roots. Works include the children's books Happy to be Nappy and Be Boy Buzz, as well as adult pieces about feminism and race. She passed on December 15, 2021.

Photo courtesy of The Guardian 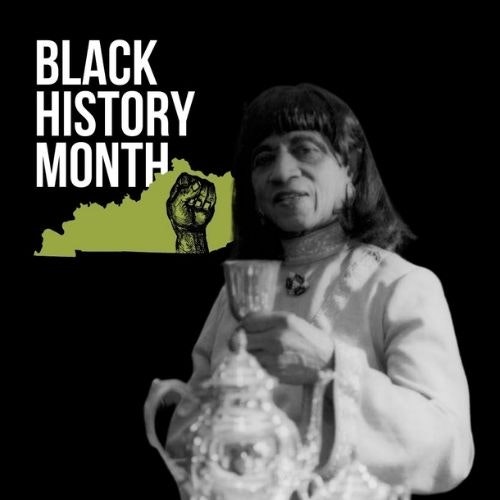 "Sweet Evening Breeze," Sweets," or "Breeze" is considered as an originator of the Lexington drag scene and is a fixture of Kentucky’s LGBTQ+ history.  Born as James Herndon, Breeze began wearing clothes of the opposite gender in the 1940s and ‘50s, not widely accepted at the time. However, Sweets was generally liked and accepted by the Lexington community, although their life was not without struggle.  Sweet Evening Breeze was known to bake for others and give to the less fortunate, and while they passed in 1983, Sweets left a legacy of kindness and acceptance for all. 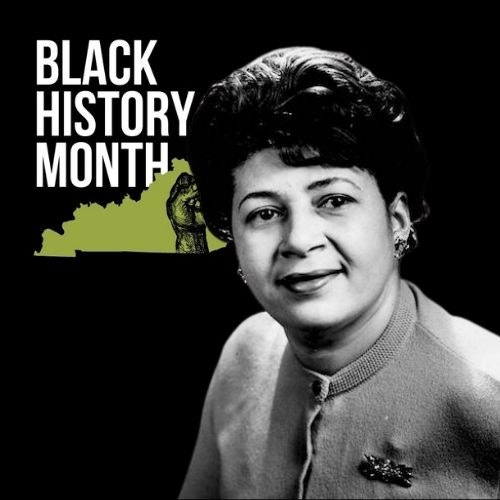 Senator Georgia Montgomery Powers was the first African American and the first woman to be elected to the Kentucky Senate. She served from January 1968 to January 1989 as a Democrat. Throughout her tenure, Powers championed African Americans, women, children, the poor, and the handicapped. Senator Powers was known for her suede suits and had many of them in different colors. She liked them because they didn't wrinkle and were easy to care for. One of her suits is currently on display in A Kentucky Journey here at the Kentucky Historical Society.

Do you know a Kentucky History Maker? We’d love to feature their story! Please share your ideas and connections with KHS Digital Media Coordinator Trey Delida at trey.delida@ky.gov.