Amir Abou-Jaoude, a 2016 graduate of Henry Clay High School, placed first in the Senior Papers division for “A Pure Invention: Japan, Impressionism, and the West, 1853-1906.” His teacher was Chris Snow. Abou-Jaoude will be a freshman at Stanford University this fall. 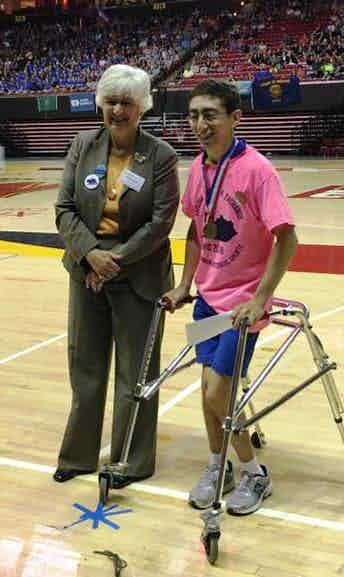 Also at the contest, Winburn students Rocco Wrentmore and Claire Qian were named overall best in Kentucky for the junior division for their website, “Qian Xuesen: Exchange of a Scientist of Two Worlds.” Cason also was their teacher.

Meg Hancock, a 2016 graduate of Paducah Tilghman High School, was named overall best in Kentucky for the senior division for her documentary, “Carnegie Libraries: The Architecture of American Literacy.” Hancock’s teacher was Ashley Adkins. She will be a freshman at Duke University in the fall.

The Kentucky Historical Society administers National History Day in Kentucky (NHDKY), working with teachers and schools throughout the state to provide guidance and assistance as students prepare their projects. KHS also coordinates the Kentucky regional and state contests, provides free registration to Kentucky students who are eligible to compete at the national level and accompanies them to the contest.

NHD is an academic program that promotes original historical research by students in grades six through 12 and helps students develop 21st century skills that can be used throughout their academic careers and beyond.