Gen. George Rogers Clark once swore allegiance to France. Kentuckian Gen. James Wilkinson pledged his loyalty to Spain, and, if his efforts to align the region with that country had succeeded, today’s Kentuckians might speak Spanish as a first language.

Historian Susan Gaunt Stearns explores if these men were traitors to their country or people simply reacting to the circumstances of their time in her article “Borderland Diplomacy: Western Elites and the ‘Spanish Conspiracy.’” This article is one of six articles on “Kentucky and the Struggle for the Early American West” in the latest issue of The Register of the Kentucky Historical Society, the quarterly journal of Kentucky history. 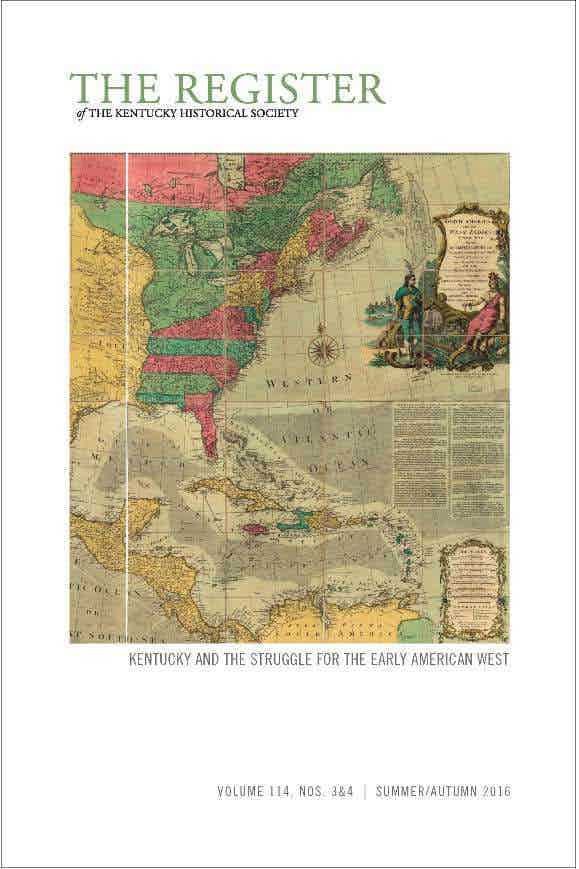 Circumstances in the Trans-Appalachian West were far different in the first decade of this country’s history than they are today, and the region’s allegiance to the new government was not assured, Gaunt Stearns notes.

As the nation’s frontier, the area, including Kentucky, was far away from the new nation’s leaders, both geographically and in their consciousness. The region also was highly contested; groups as diverse as the Anglo-American settlers, Native Americans and the Spanish had vested interests in it, and, as late as 1803, it was not certain that the United States would achieve control of the region.

Gaunt Stearns says that men who sought alliances with other nations were reacting to two primary factors: Spain’s closure of the Mississippi River to American trade in 1784 and the government’s acceptance of it; and continued unchecked violence in the region. They saw the U.S. government as ineffective in dealing with their problems and sought their own solutions.

“Western loyalty was available to whichever entity could most effectively meet the region’s needs for peace and a market,” she writes.

Information about subscriptions or online access (via Project MUSE) to the Register of the Kentucky Historical Society is available.